Get back into those ballet shoes and join us for the SCB Master Class Series:

Monday, August 21 through Thursday, August 24th from 6-8 pm! Open to intermediate and advanced dancers ages 12 and up, pointe optional.

Mon., 8/21 and Wed., 8/23: Marcus Rogers
Marcus Rogers is the owner and Director of the Marcus Rogers Dance Company. At the age of 15 and 16 he won 2 Tremaine Dance Convention Scholarships in NYC and Chicago. Accepted into The School of American Ballet and Miami City Ballet School, he studied in NYC on full scholarship and trained with the Joffrey Ballet School, Peridance Center, and Studio Maestro (now Mahattan Youth Ballet). His professional credits include dancing in the national tour of Sesame Street Live, Bear in the Big Blue House, touring Europe with Jean Ann Ryan Productions, and performing principal roles with the Northeast Ballet Company and The Albany Berkshire Ballet Company. He has also worked as a guest artist, teacher and choreographer for the Saratoga City Ballet, Schenectady Light Opera, Park Playhouse, SPAC Classical Kids Program, The National Museum of Dance, RPI and also served as Director of Dance at Union College from 2008-17 where he still serves as adjunct professor. 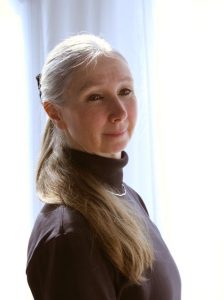 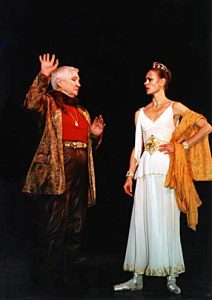 Thurs., 8/24: Madame Phyllis Latin
Madame Latin was dancing major roles in the Fritche-Lewis Dance Co. by the time she was twelve. She danced in the St. Louis Opera, the San Francisco Opera, and performed for president Truman before her thirteenth birthday. After graduating from high school she left for New York to continue her studies at the School of American Ballet where she auditioned for George Balanchine’s company. Not wanting to join the company as a corps de ballet member she left for Europe and performed as a guest artist for two years. Upon returning to the U. S. she appeared on the Ed Sullivan and Perry Como shows and worked with Jerome Robbins Ballet USA.

In Saratoga Springs she opened the American Dance Center, founded the Saratoga Ballet Co., founded the Saratoga County Arts Council, wrote the dance degree program for the first graduating dance degree student for Empire State College, received a CETA grant for dancers, ballet master, and accompanist, was the official teacher for the Canadian Ballet Association, choreographed for local theater groups, had an international boarding school for dance students from Europe, Canada, Panama, and South America, as well as the U. S. Madame Latin travels to South America, France, and England to teach master classes, in addition to teaching seminars and master classes throughout the U. S..

Registration is $25 per class by August 21, or $30 at the door. To register now, click here. For more information, email us at info@saratogacityballet.com.