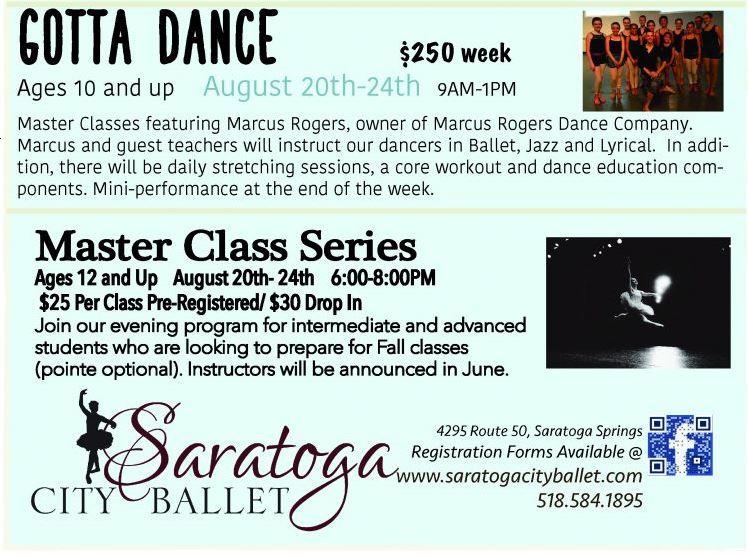 Christine grew up in the Capital District and studied dance locally. She spent her summers dancing in the Jazz Project at Jacobs Pillow. Christine was awarded a full scholarship to study dance with Hubbard Street Dance Co. in Chicago, one of the most well-known and original forces in contemporary dance.  Returning to the Capital District, Ms. Otto performed with the Capital Ballet Company. She has taught jazz and ballet master classes at several local dance studios.  Ms. Otto has also served as the school manager of the Albany Dance Institute and the Saratoga Ballet Academy before bringing her talents to Dance Works of Troy.

David started his training at the School of American Ballet at the age of eight. He graduated from the North Carolina School of the Arts in 1979 and joined the New York City Ballet the same year as an apprentice. Taken into the corps de ballet in 1980, David began working with such notable choreographers as George Balanchine, Jerome Robbins, Peter Martins and Twyla Tharp. He became a soloist in 1986. David danced in several Dance in America’s for PBS. He also appeared in print ads and television commercials throughout his career. David left the company to open his own studio, the Albany Dance Institute in 1990. He created the Capital Ballet Company in 1993.   David has choreographed numerous ballets, a full length Nutcracker and has guest taught at several colleges and Universities. In 2005 he became the Artistic Director of the Saratoga Ballet Academy. Most recently has joined the faculty of Skidmore College as a lecturer.

Madame Latin was dancing major roles in the Fritche-Lewis Dance Co. by the time she was twelve. She danced in the St. Louis Opera, the San Francisco Opera, and performed for president Truman before her thirteenth birthday. After graduating from high school she left for New York to continue her studies at the School of American Ballet where she auditioned for George Balanchine’s company. Not wanting to join the company as a corps de ballet member she left for Europe and performed as a guest artist for two years. Upon returning to the U. S. she appeared on the Ed Sullivan and Perry Como shows and worked with Jerome Robbins Ballet USA.

In Saratoga Springs she opened the American Dance Center, founded the Saratoga Ballet Co., founded the Saratoga County Arts Council, wrote the dance degree program for the first graduating dance degree student for Empire State College, received a CETA grant for dancers, ballet master, and accompanist, was the official teacher for the Canadian Ballet Association, choreographed for local theater groups, had an international boarding school for dance students from Europe, Canada, Panama, and South America, as well as the U. S. Madame Latin travels to South America, France, and England to teach master classes, in addition to teaching seminars and master classes throughout the U. S.

Pamara began studying ballet in Cleveland, Ohio, When she was 14 George Balanchine offered her a Ford Foundation Scholarship to attend his School of American Ballet in New York City. Pamara was trained by world-renowned instructors including George Balanchine, Robert Joffrey, Alexandra Danilova, Andre Eglevsky, Stanley Williams, Felia Doubrovska, Diana Adams, and Suzanne Farrell. Mr. Balanchine and Maria Tallchief selected her to work with them for The New York City Ballet Educational Department. Director and choreographer, Robert Joffrey offered her a contract to join The Joffrey Ballet, where she danced leading roles in several ballets, and had new roles created for her. Upon retirement from the performing world, Pamara raised a family and established her career in teaching, choreography, and directing. In this area she has taught at Skidmore, Russell Sage, Siena, and Adirondack Community Colleges, Ballet Regent, The Capital Ballet and Saratoga City Ballet.

Jessica Fowler (Aug. 24)
Jessica studied with The American Dance Center in Saratoga Springs, NY under the direction and care of Madame Phyllis Latin. While in high school she performed as a member of the Phyllis Latin Dance Company, Inc. at many local venues. Jessica went on to receive a BA in Dance and a BA in Psychology from the University of Buffalo in 2006. While attending UB, Jessica performed in several school productions as well as guest performances with Buffalo City Ballet and Western New York’s Children’s Choir. In 2014 she also received her Master of Science in education (MSEd) in Childhood / Special Education from the College of Saint Rose. Jessica was on the teaching staff of The American Dance Center for over 10 years before the studio closed. Jessica began instructing at Saratoga City Ballet in February of 2016.